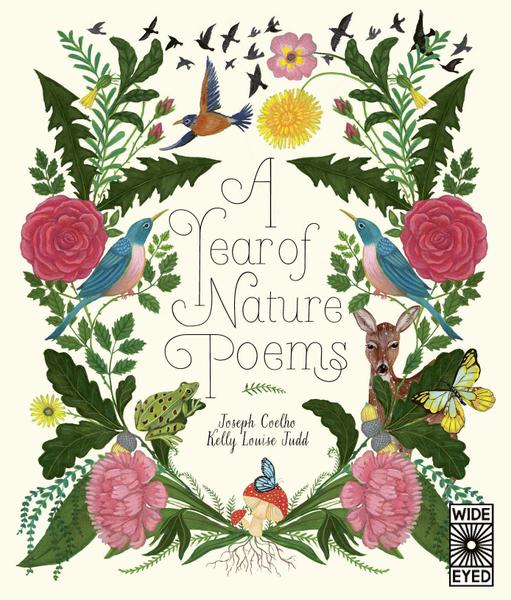 This beautifully illustrated portrait of one year in nature is put together by award-winning poet Joseph Coelho, with each month assigned a relevant and resonant poem. Each of these 12 poems is paired with a few observations about the month – the daffodils of March, the apples of August, the leaf fall of October – and the rich, beautiful folk-art illustrations of Kelly Louise Judd. These are poems that inspire reflection. Some of the themes that prompt them are quite serious, from climate change to the decline of amphibians. The poems themselves often hover around memories, presumably from Joseph Coelho's own childhood. Some are celebratory and some are sad. The book is less of an almanac and more like fuel for creative children who want to channel their own emotions into writing, inspired by the variety in the world around them. It reassuringly shows that emotions come and go, just like the seasons – and the bad times always pass. 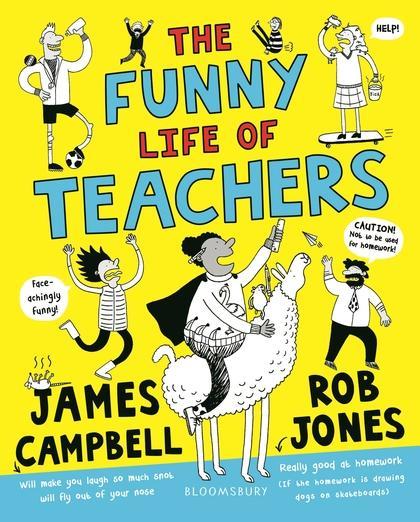 Uncover the ridiculously funny life of teachers (and some things that have nothing to do with teachers but are still splendidly funny) according to James Campbell, comedian extraordinaire and Hingham Primary favourite. Ever wondered what teachers do when they're not in the classroom? Are they undercover detectives, champion roller-blade dancers or do they spend their evenings playing with their 576 cats? This face-achingly funny book will also teach you why you should carry an emergency banana with you at all times, how to fart in class silently without anyone knowing it was you and how to catapult yourself to school by building a medieval style catapult in your back garden!

Roll up, roll up for a sensational circus story from the bestselling author of The No.1 Ladies' Detective Agency series, Alexander McCall Smith, with fun, energetic illustrations by Kate Hindley throughout. Join Freddie Mole as he tumbles through the air, flies around the big tent and tames four growling lions! Freddie is an ordinary boy who joins the circus one day. He can't believe his luck as he is asked to understudy some of the acts. But is he brave enough to go into the lions' cage? A joyful, exciting tale of bravery and show business glamour by a much loved author.

Kevin, a small, plump flying pony, is a creature of few words, with a penchant for biscuits, particularly custard creams. One stormy night, he is blown out of his nest in the wild, wet hills of the Outermost West and tossed through the turbulent skies, eventually crash-landing on Max’s balcony. Max is a kind and thoughtful boy, who has always wanted a pet, so he invites Kevin inside to recover from his ordeal. As the storm rages on, the town of Bumbleford floods, and neighbours take refuge in Max’s top floor flat. Realising they are running low on food, Max and Kevin fly to the supermarket, which is now entirely underwater, and Max swims down amid the mermaids and sea monsters to collect supplies. When they fly home, they see people stranded on rooftops, so the brave friends embark on a rescue mission. However, their efforts are hampered by the mischievous Sea Monkeys, who have swept in from the Outermost Sea. Magical mayhem, friendship and a brilliant cast of characters combine in this fabulously funny tale. With short chapters and comical black-and-blue illustrations, this is the first title in a hilarious series for newly confident independent readers.

Tabby kitten, Tagg, is astounded when he learns that his parents are Super Cats: Chester, his father, is amazingly strong, while his mother, Melody, has incredibly sharp claws, which can cut through anything. He is even more surprised to discover that he will soon develop his own superpowers and can’t wait to find out what they are. When Melody’s friend Glamour drops by with her kitten Sugarfoot, she has some alarming news. Her mate Flash has disappeared, and there are rumours that other super cats are going missing too. The adults decide to investigate and, not wanting to miss out, Tagg and Sugarfoot secretly follow them. The youngsters are soon embroiled in a plot involving a mad scientist, a hypnotic Siamese cat and a feline spy network. They must combine their newfound superpowers with stealth, courage and quick-thinking to help their parents, who find themselves in grave danger.

A glum bear and a sleepy-looking lemur greet Anna, the new owner of Hotel Flamingo. The new heiress is saddened to find the hotel looking run-down and empty; there have been no guests for years. Anna is determined to bring back grandeur to Hotel Flamingo so it can once again be full of sunshine and life. She recruits new employees including a handywoman (Stella Giraffe), a feisty chef (Madame le Pig) and a bell boy (Squeak the mouse). The team work day and night until the hotel’s shine begins to return, but when a hotel inspector turns up, everything is thrown into doubt. It’s the last chance for Hotel Flamingo and Anna calls on a flamboyant fleet of flamingos to put on the show of a lifetime.

Rosie Revere has just splattered the kitchen with ketchup while testing prototypes for a snake-repelling contraption, when her great aunt Rose sends a request for help. Aunt Rose introduces Rosie to a group of elderly ladies, known as the Blue River Riveters, who built aeroplanes during World War II. The Riveters are a lively bunch but one of their number has had an unfortunate accident and won’t be able to take part in an annual art competition – unless Rosie can use her engineering brain to make a machine to help.

When Narwhal meets a jellyfish, neither of them has come across such a bizarre-looking animal before. Nevertheless, they become friends and embark on some awesome adventures together. With a mixture of fun facts, nonsense stories and an eccentric narwhal song, this quirky chapter book is ideal for junior readers who enjoy something a bit different.