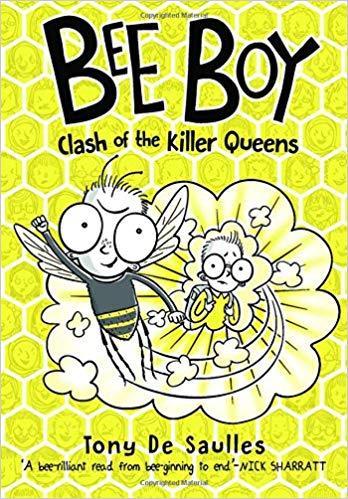 Half BEE. Half BOY. Melvin Meadly is . . . BEE BOY. As a bee, Mel is ready to defend his hive against all enemies taking on killer wasps, terrifying hawkmoths, and battling queen bees. But as a boy, has he got what it takes to protect his bees (and himself) against the greatest menace of all Nasty Norman Crudwell?
The highly entertaining story of an unlikely superhero, full of fantastic facts, and illustrated in black and yellow! 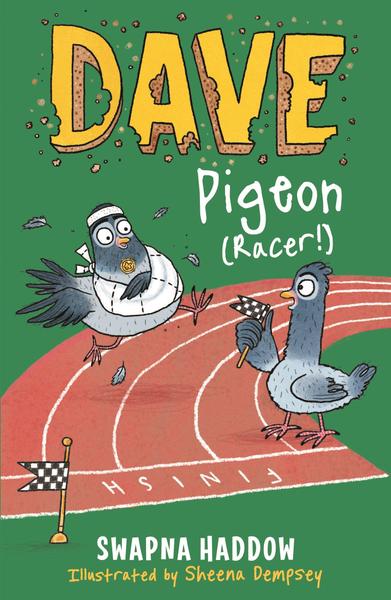 Dave Pigeon and his best friend Skipper are travelling in a box to Pawsville Vets ... maybe Dave will finally get his broken wing fixed. The pet shop is full of new friends... Jet the dog, Cricket Ball Face the hamster... and with friendship comes a bit of healthy competition, and what could be better than a race for a racing pigeon? But the only animal who thinks Dave is capable of going up against the infamous Mickey Lightning is Dave himself. 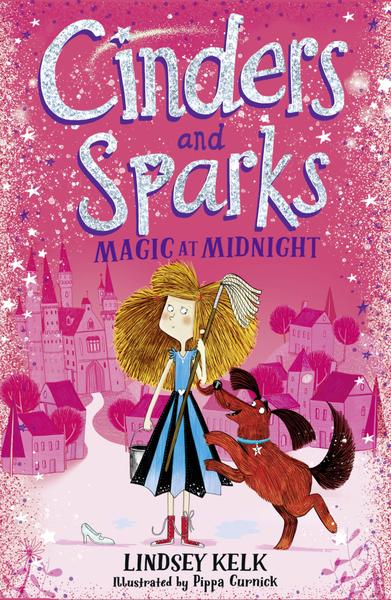 Cinders lives a boring life with her selfish stepsisters and mean stepmother. So when her wishes start magically coming true it’s a surprise to say the least.

Then Cinders meets her fairy godmother: she’s magic, she can fly, and she’s called . . . Brian.

Soon, Cinders finds herself heading to the glamorous ball at the King’s palace. But Brian is NOT very reliable and Cinders is NOT very good at magic. Now her life isn’t boring at all – it’s total chaos! 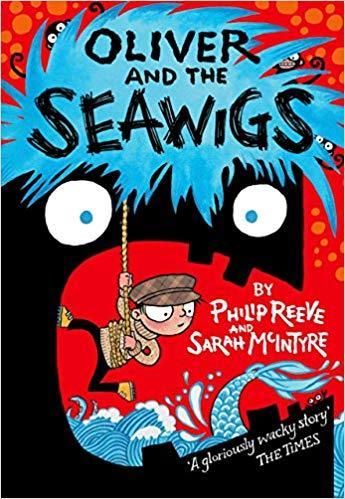 Along with his new friends, a grumpy old albatross, a short-sighted mermaid, and a friendly island called Cliff, Oliver goes off in search of his missing parents. But before he can put his rescue plan into action there's the evil Stacey de Lacey and an army of greasy, green sea monkeys to contend with . . . 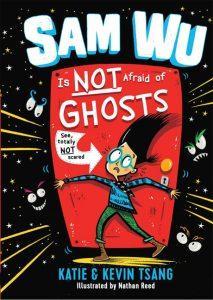 Sam Wu is NOT a scaredy-cat (except he is). When a trip to the Space Museum goes terrifyingly wrong, Sam begins a mission to prove to the school bully, and all of his friends, that he is a fearless space adventurer. 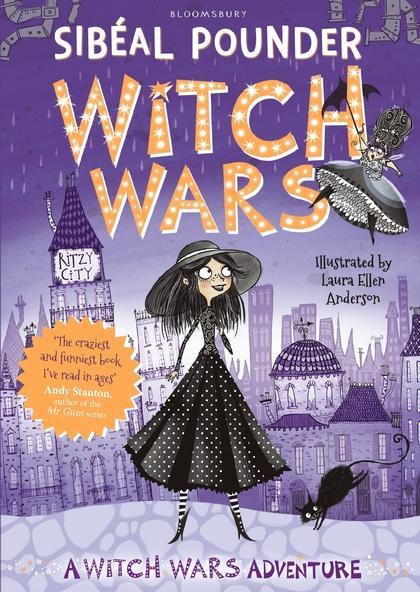 When Fran the Fabulous Fairy turns up in Tiga Whicabim's shed to tell her she's a witch, Tiga doesn't believe her. Or at least not until Fran points out that TIGA WHICABIM is actually an anagram of I AM A BIG WITCH and magics her away down the drainpipes to compete in Witch Wars - the competition to crown the next Top Witch of Ritzy City. 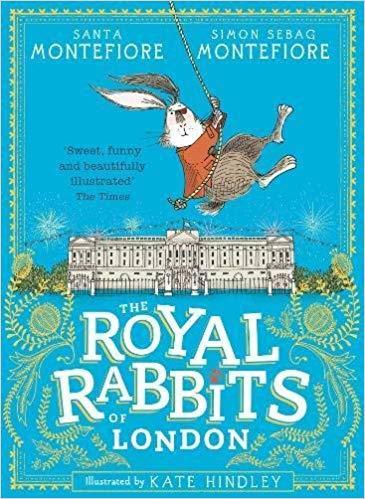 Life is an adventure. Anything in the world is possible – by will and by luck, with a moist carrot, a wet nose and a slice of mad courage!
Shylo has always been the runt of the litter, the weakest and queitest of all of his family, his siblings spend their days making fun of him for not being like the rest of them. But when Shylo stumbles across a band of ratzis and overhears their evil plan to take a photo of the Queen in her nightie, it's up to this unlikely hero to travel to London and inform the Royal Rabbits of London about the diabolicial plot! The Royal Rabbits of London have a proud history of protecting the royal family and now the secret society need to leap into action to stop the ratzis... But can a rabbit as feeble and shy as Shylo convince them that Queen is in danger? 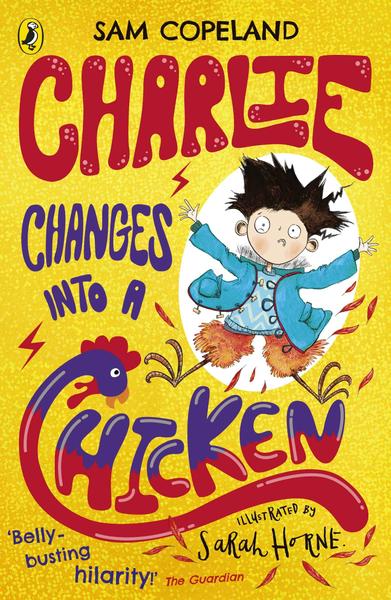 Charlie McGuffin has an incredible secret . . .

He can change into animals. All sorts of animals: a flea, a pigeon, even a rhino.

Trouble is, he can't decide when - it only happens when he gets worried. And right now, Charlie has quite a lot to worry about:

· His brother (who is in hospital)

· His parents (who are panicking about it)

· And the school bully (who has Charlie in his sights)

And even though every kid wants a superhero power, Charlie isn't keen on changing into a chicken in the middle of the school play.

So with the help of his three best friends, Charlie needs to find a way of dealing with his crazy new power - and fast! 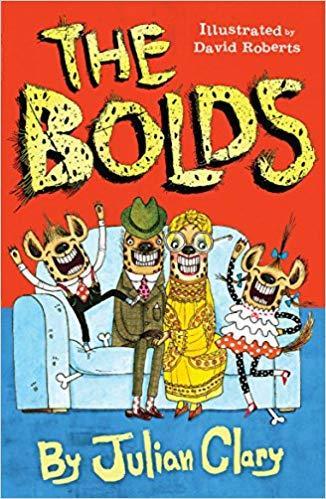 Mr and Mrs Bold are just like you and me: they live in a nice house (in Teddington), they have jobs (like writing Christmas cracker jokes) and they love to have a bit of a giggle. One slight difference: they're hyenas. Yes, that's right - they're covered in fur, have tails tucked into their trousers, and they really, really like to laugh.

So far, the Bolds have managed to keep things under wraps, even when their children Bobby and Betty were born. But the nosy man next door smells a rat (or a hyena), and a trip to the local wildlife park, and the brilliantly wacky heist that results, could be the end of Teddington's best-kept secret. Whatever will the neighbours think? 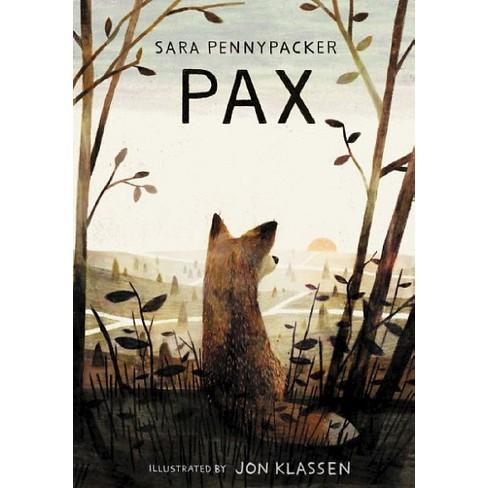 Pax and Peter have been inseparable ever since Peter rescued him as a kit. But one day, the unimaginable happens: Peter's dad enlists in the military and makes him return the fox to the wild.

At his grandfather's house, three hundred miles away from home, Peter knows he isn't where he should be--with Pax. He strikes out on his own despite the encroaching war, spurred by love, loyalty, and grief, to be reunited with his fox.

Meanwhile Pax, steadfastly waiting for his boy, embarks on adventures and discoveries of his own. . . .

Unfortunately not the ones with chocolate chips.

Some cookies are necessary in order to make this website function correctly. These are set by default and whilst you can block or delete them by changing your browser settings, some functionality such as being able to log in to the website will not work if you do this. The necessary cookies set on this website are as follows:

Cookies that are not necessary to make the website work, but which enable additional functionality, can also be set. By default these cookies are disabled, but you can choose to enable them below: